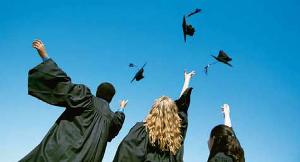 WASHINGTON: If American corporations can't hire H1-Bs, they can hire H1-wannabes. That in essence will be the outcome of the Obama administration's move to allow tens of thousands international students to stay on in the United States for up to six years after they finish their college degree. The far-reaching proposal, which will be of interests to a large body of students from India who come to the US for higher education, comes amid continuing resentment in some American quarters about "low-wage" foreigners taking up jobs as illustrated in the fracas at Disneyworld, where native-born US workers, seen as opponents of free trade, are fuming about being displaced by guest workers from India in a trend broadly known as outsourcing, leading to tension in the world's best-known amusement park and an icon of Americana.